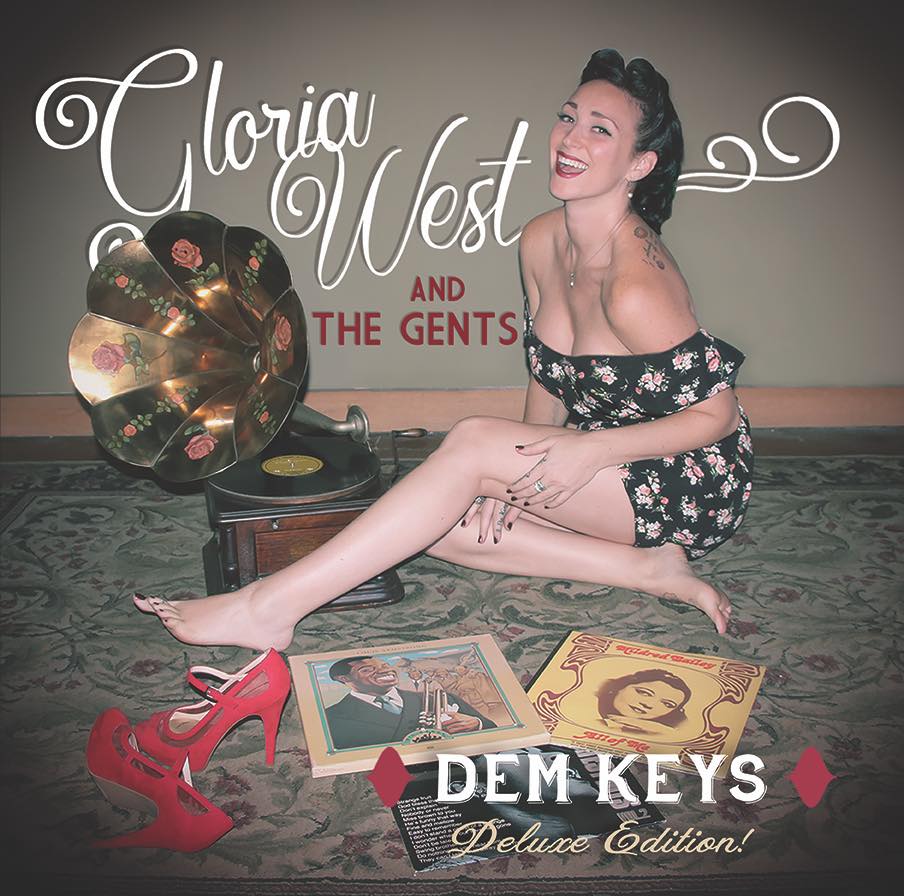 Gloria West and The Gents bring old school stride-swing jazz with a sultry twist to stages across Tampa Bay, including Clearwater Jazz Holiday, The St. Pete Coliseum, and Tampa Theatre. From classic mid-tempo swing-dancing numbers to sultry torch songs on the edge of the blues, their fast-paced high-energy and her ‘killer vocals’ are guaranteed to get anyone’s foot tapping. Creative Loafing says about West, “One of the most dynamic voices working in the [Tampa] Bay area.”

The acclaimed group has been performing throughout the Tampa Bay area since 2014 and have been described as “pure, tight, sensual artistry”. Gloria West & The Gents perform “stunning originals” with Ms. West delivering a “star-powered voice” with “vocals reminiscent of Lady Day”. They deliver originals, pop covers, favorites from the 20’s, 30’s, and 40’s, and even old-time movie classics and Disney songs, all with an old jazz feel.

Gloria West has been compared to Norah Jones and Billie Holiday with the lighthearted fun of “Mrs. Swing” Mildred Bailey added in. Louis Armstrong’s vocal tone is brought to life by the band’s pianist Anthony Castellano, whose performance speaks for itself.

Her mission is to create and share #JazzForTheMasses and to spread her love of jazz to everyone, making it #TheJazzHeardRoundTheWorld. That includes introducing brand new audiences to jazz who have little knowledge of it, and even bringing others around that don’t know about it’s amazing roots and thought they didn’t like the genre. West says: “I want to create jazz in an accessible way where everyone can understand and appreciate its broad appeal. Gloria West & The Gents released their first album “Dem Keys” on CD in 2017 to rave local reviews and are releasing a deluxe edition with three bonus songs in December 2018 on digital download as well as our Collector’s Edition Red Vinyl Record. The project was fully fan-funded locally and is comprised of original songs as well as old jazz and pop covers with their distinct vintage spin.