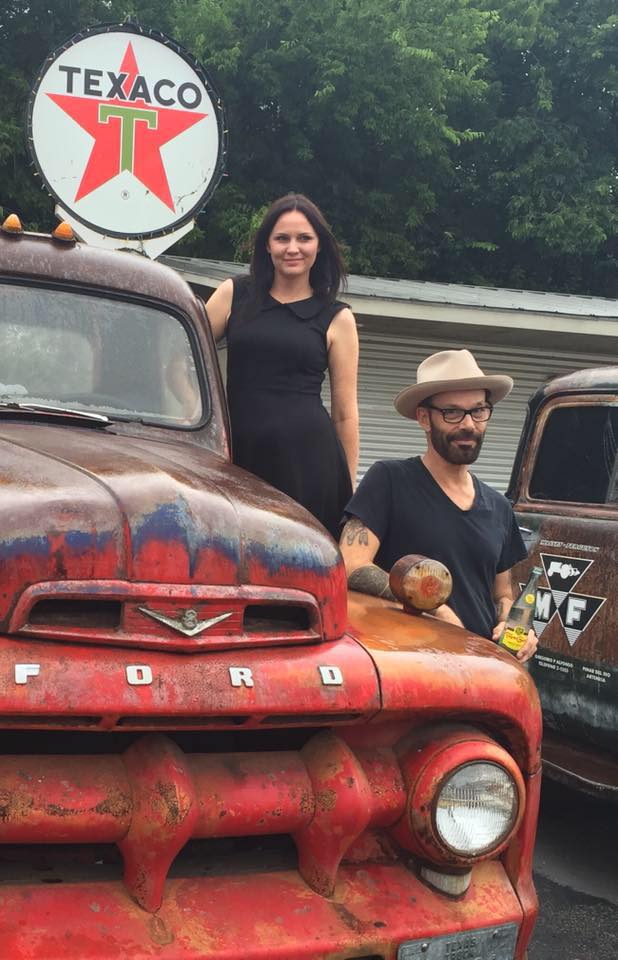 The Hummingbirds are husband-wife team S.G. and Rachel Wood. Born and raised in Detroit, now residing in Tampa, their music is both northern and southern Americana, blending both grit, and self reliance with hospitality, and charm. They play old guitars through old amps, bang drums, and even pluck banjos sometimes. Their live stage chemistry and organic duo harmonies immediately captivate and charm audience members while Rachel’s solid command of rhythm guitar, peppered with S.G.’s thoughtful lead work, keep their songs rolling in true Americana form. S.G. and Rachel were fans of classic country music, as well as myriad of other genres when they started their band in the early 2000’s. And while they continue to draw on these influences, what comes out in their own songwriting is a hybrid sound all their own, genuine & playful, earnest & soulful. Their songs twist through tales of loss & heartache, while others whisper sounds of hope, love, and journeys from the road.

Through the past years, The Hummingbirds have been doing it all. They’ve played for small crowds in smoky bars, and large concert venues for hundreds of people. They present their songs to welcoming audiences at hospitals and intimate house concerts. They enjoy the excitement of singing live on radio and performing at festivals throughout the country. Their enthusiasm for music and songwriting has even lead them to found a songwriting workshop in Northern Michigan for other songwriters passionate about the craft called, “Above The Bridge Songwriter’s Weekend.”

Their newest album, “13 Days” released in 2015 features 13 songs about rivers & rattlesnakes, the cold & the road, and heartaches & love. Recorded & mixed by Grammy Award winner, Mitch Dane in Nashville, the recording is delivered with a touch of twang and a rootsy, raw, alt-country vibe.

The Hummingbirds have two previously released recordings. Their first self-titled release (2005), is a twangy full length album, which includes a track that was placed in the 2009 film “The Horsemen,” starring Dennis Quaid. Their second release came out in 2007, an EP titled “Lonesome,” a blend of old school country, folk, and heavier alt-country songs, recorded with a full band, live at Big Sky Studios in Ann Arbor, Michigan in two quick sessions. Their recordings, along with their live show chemistry has garnered them the favorable attention of fans and music critics alike from Detroit to Tampa, Asheville, to Nashville, and many towns and cities in between.

As a programmer for the Monday Traffic Jam on WMNF 88.5, I review a lot of music. In order to keep track of it all, I use the 5 star rating system for each song. This also helps in choosing what song to play. When my review comes up with mostly 4 and 5 stars, I call this a classic and it could make it on my top 20 list for the year. 13 Days by The Hummingbirds is a classic. Seeing them live just puts icing on the cake!”(Bobbie Dusenberry, Radio D.J. @ 88.5 WMNF Tampa)

In the day of loads of overly produced sludge, these songs cut through the clutter. Delivered with excellent musicianship by actual song craftsmen. I love this band. You need to check them out.” (Ted Lowis, Fan)   “When The Hummingbirds start playing, there’s a great vibe and a feel that hits you. There is something really special about what S.G. and Rachel are putting out there. Their shows are always a great time.”(Kevin Brown, Ann Arbor, Mich. freelance journalist, University of Michigan associate editor)