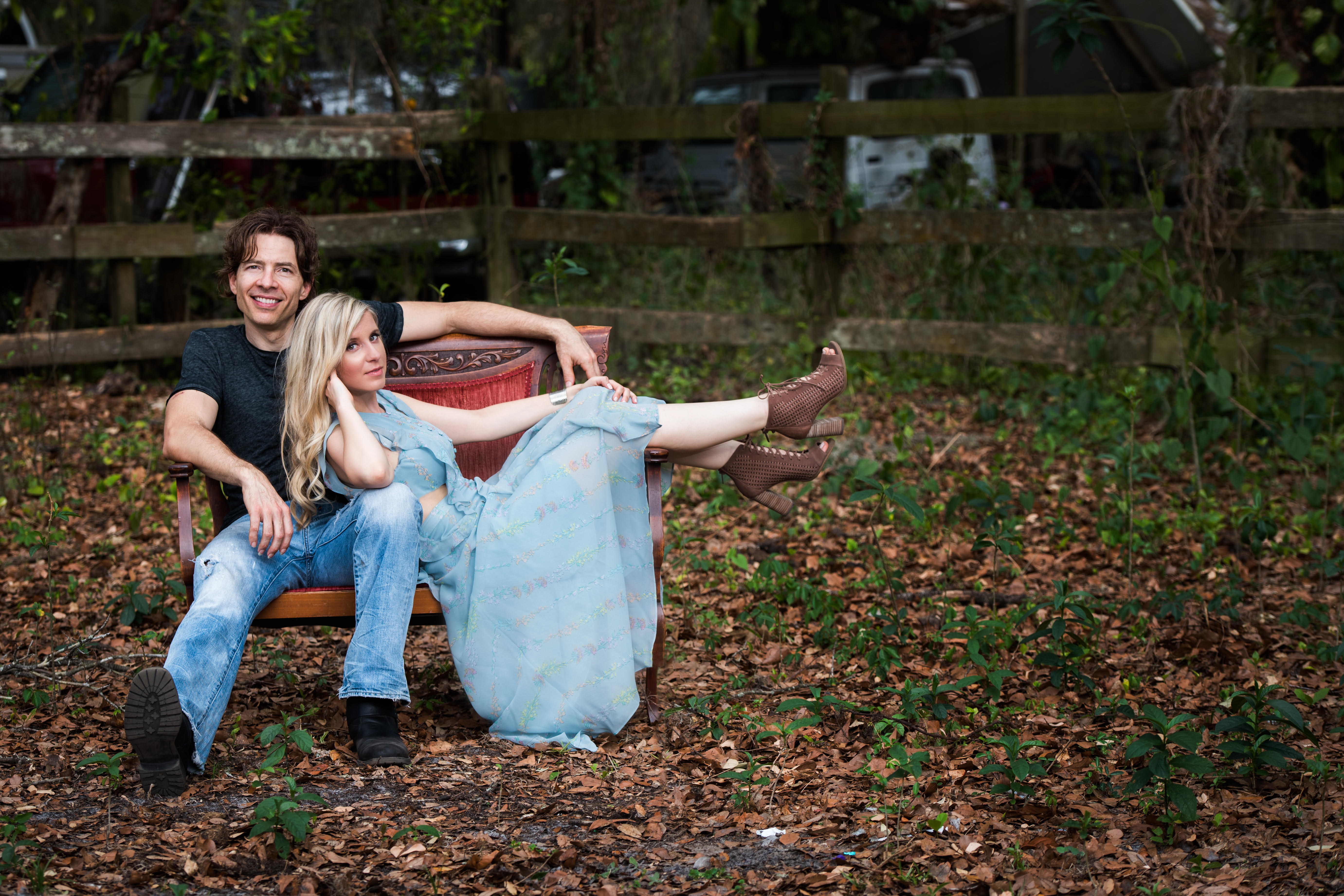 After a successful release of The Marrying Kind last summer, Americana duo Swearingen and Kelli have been crisscrossing the country coast-to-coast on repeated tour runs and finally made that move to become permanent residents of Nashville, TN. Mother Church Pew describes the singer-songwriting duo as the "delicious blend of Swearingen’s smooth baritone and Kelli’s smoky vocals...inspired by great songwriters of the '60s and '70s". Their sophomore album is replete with full throttle emotion and steeped in the sounds of Americana and Country-Folk--their music is layered with lap-steel and dobro inspired by David Lindley and Jerry Douglas. After premiering their moody Appalachian track "Annalise" on Gretsch Guitars and The Daily Country, the pair also got to perform their title track ballad, "The Marrying Kind" with dramatic performances by The Cleveland Orchestra, The Stockton Symphony and The Buffalo Philharmonic.

Aj Swearingen's father got out of the coal mines and uprooted the family from West Virginia to the steel town of Bethlehem, PA where Aj was born just a few weeks later. Kris Kristofferson, Merle Haggard and Johnny Cash were spinning in the home, along with the folk and finger-style guitar work of Paul Simon and James Taylor, heavily influencing Aj's playing, and beginning a love affair that started at 13 years old.

Jayne Kelli, a voice described as both husky and sweet, tender and bluesy (Tampa Bay Times), was born in the small town of Lapeer, MI, where she grew up listening to her parents playing John Denver, Jim Croce and Glen Campbell around the campfire. Songwriting quickly became her favorite way to communicate, writing songs at 14 years old on her dad's hijacked Martin guitar.

Swearingen and Kelli, together as musical partners for seven years and officially hitched since 2014, will be getting back to their roots and wading around in some family history for the inception of album number three. With more songwriting collaborations between the two of them, they are working on a vision with a trusted producer in one of Nashville's cozy recording studios--laying down tracks both confessional and fun.