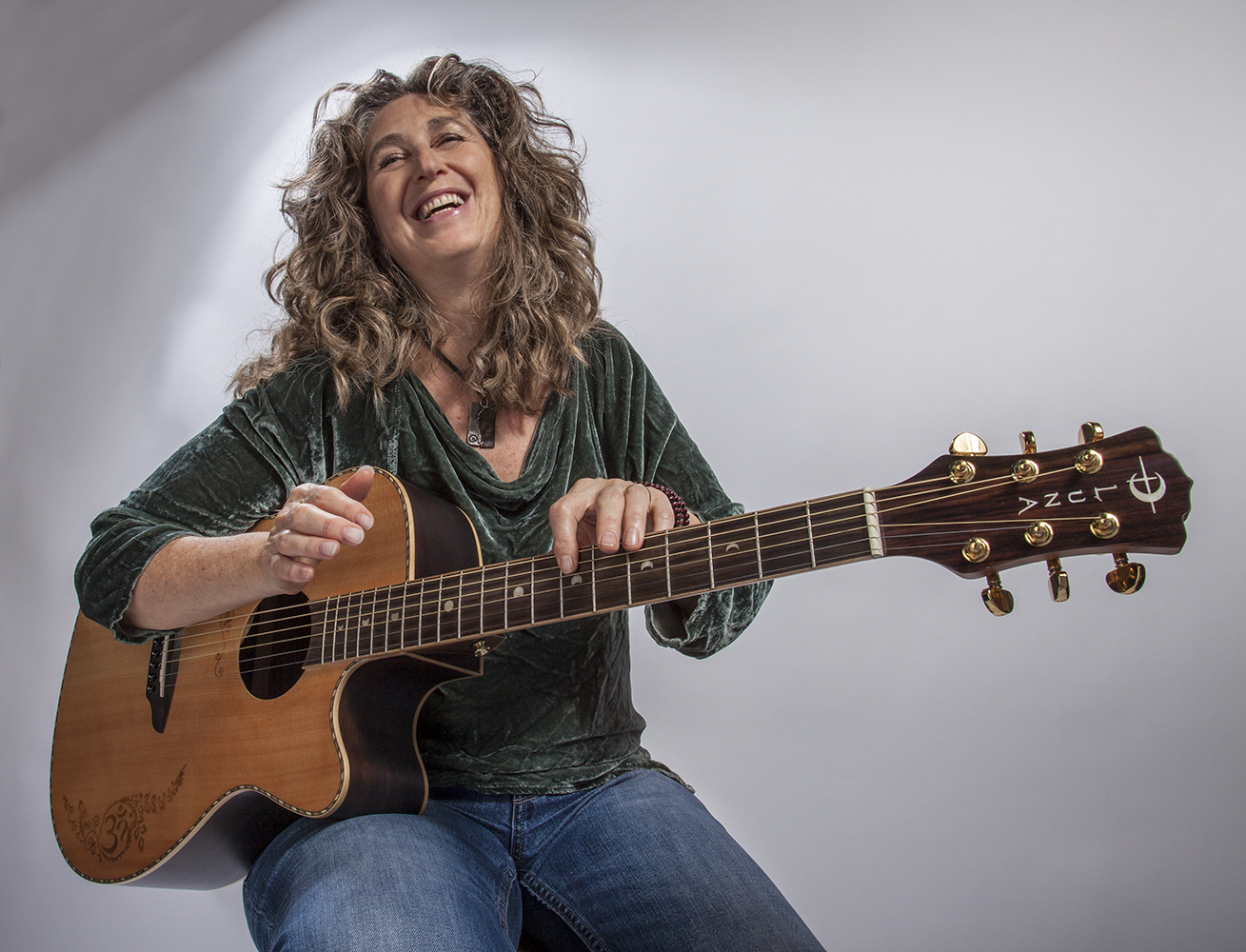 Playing her own percussive technique of 'slap-tap' acoustic guitar, Vicki Genfan has been showcased as one of the world’s top guitarists at festivals such as The International Montreal Jazz Festival, Germany’s Open Strings Guitar Festival, Italy’s Soave Guitar Festival and hundreds of venues and Performing Arts Centers
across the US and abroad.

“I understand completely why the audience applauds and whistles so wildly -- this is fiery, living music!” -
IndieMusic.com

Vicki was one of the featured artists on La Guitara, a CD featuring the world’s top female guitarists across all styles. She was also the first woman to win Guitar Player magazine’s Guitar Superstar Competition, after competing against nine other world-class players in front of celebrity judges.

“Vicki mesmerized the audience and the judges -- not just with her stunning technique, but also with her musicality and charisma.” - Michael Molenda, Chief Editor Guitar Player Magazine

In addition to being a dazzling instrumentalist, Vicki is an award-winning singer/songwriter with a high-energy stage presence. Drawing from folk, jazz, pop, soul and world music, whether covering the tunes of others or presenting her own compositions, Vicki has a distinctive style that pushes the boundaries of the
singer/songwriter genre into new territories.

“Vicki has brewed her own style and created a new kind of singer-songwriter culture.” - Frankfurter Allgemeine

While hopping between continents for performances, master classes and clinics, Vicki loves teaching and has five Instructional DVDs to her credit and is in high demand at clinics and music camps all over the world. She has two CDs released on Germanys ‘Acoustic Music Records’ and three Self-released CDs.

“If I could play like Vicki, I’d stay home and entertain myself.” - Steve Vai