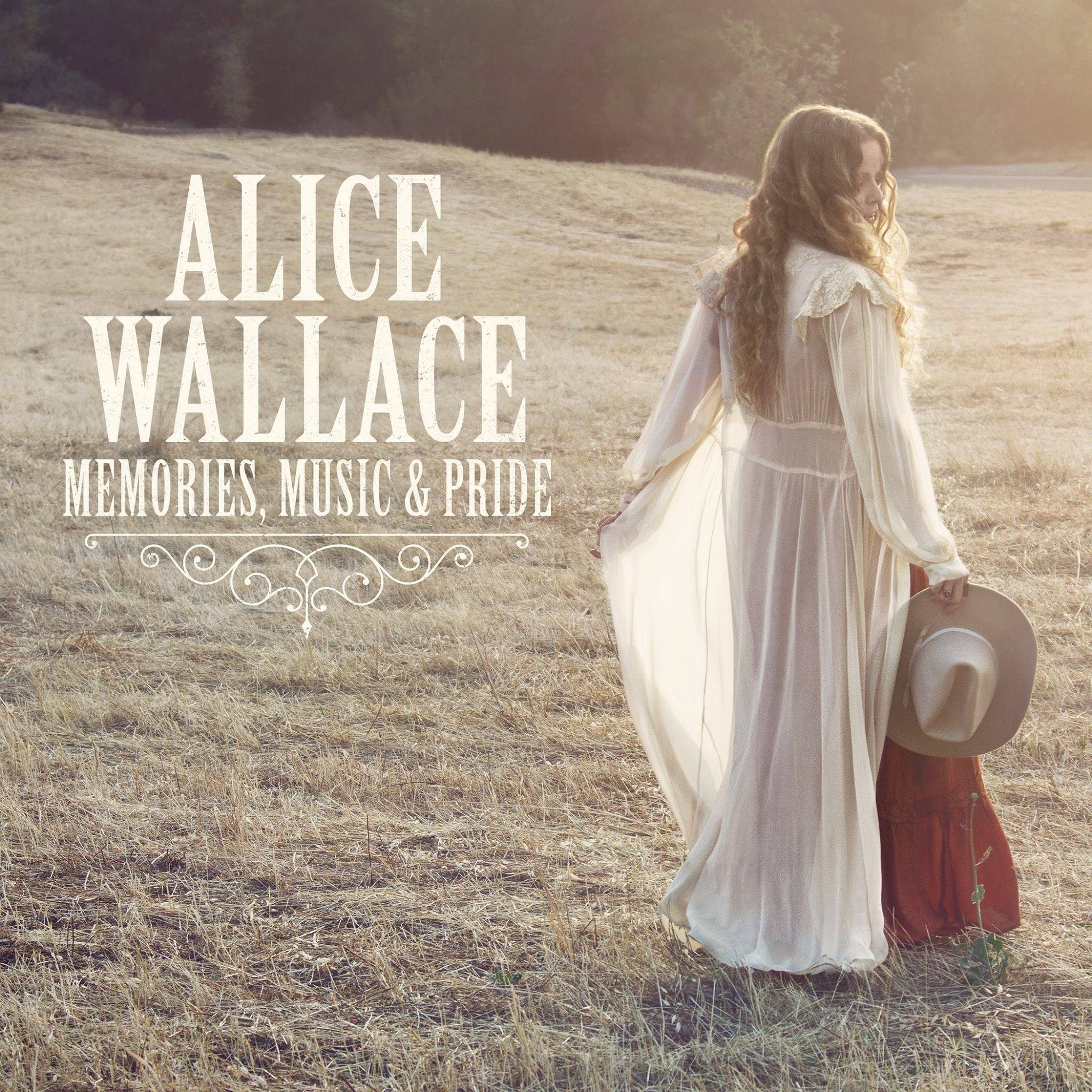 Wallace, whose powerful, elastic singing and melodic, literate song-crafting skill earned her the title of Best Country/Americana Artist from the LA Music Critic Awards in 2016, views Memories, Music & Pride as a significant step forward – one that bears a more integrated yet all-embracing sound.

“This record is more cohesive, as far as style is concerned,” she says. “I like blues, I like folk, I like country. This one still touches on all of those. But with this album I feel like I was trying to bridge the gap between my influences in old-time country with newer artists like Sturgill Simpson and Jason Isbell, whose albums have opened my eyes to what modern country can be.”

Much of the material on Memories, Music & Pride is derived from Wallace’s recent work as a touring musician. It is no surprise that “A Traveling Song,” inspired by some of her chance companions on the American byways, is among the collection’s titles. “I’ve spent the last two years getting used to traveling – usually by myself,” Wallace says. “It’s definitely been a personal learning experience, dealing with being alone a lot, and the songs reflect that.”

Born in Los Angeles and raised in St. Cloud, Florida, Wallace developed an interest in music as a child. Her parents harmonized on country and folk tunes in the living room; her father was a semi-professional musician who toured regionally in the Southeast. As a girl, she joined her family at annual “bacchanalias” mounted by her father’s alma mater, Eckerd College, and became entranced by the events’ campfire-side hootenannies.

Taking up the guitar at 10 and returning to music in earnest at 15, Wallace absorbed a variety of influences: parental favorites like Gram Parsons and Emmylou Harris; ‘80s and ‘90s country performers such as Dwight Yoakam, Patty Loveless, and Mary Chapin Carpenter; and singer-songwriters like Jewel, Alanis Morisette and Sarah McLachlan. She says of the latter musicians, “That’s why I picked up the guitar again and made a more serious attempt at playing and writing songs – I was so inspired by hearing female artists on the radio.”

Since then, Wallace’s musical tastes have gravitated toward the modern Americana scene with strong influence from artists like Patty Griffin, Lucinda Williams and Jason Isbell, while also exploring more and more the sounds of 50s and 60s country from artists ranging from Patsy Cline to Willie Nelson.

In late 2008, Wallace abandoned her Florida roots and her career in journalism and followed her family to Fullerton, California, where her mother, a Golden State native, had inherited a home. She began pursuing music full-time and touring widely in 2013.

Wallace, who accompanies herself on acoustic guitar, is supported by the fluent jazz-schooled guitarist Tom Bremer, who has worked with the vocalist for the past five years; drummer Josh Huppert, another longtime band mate; multi-instrumentalist Jeremy Long, now the pedal steel player in Sam Outlaw’s touring group; and bassist Robert Bowman. Ted Russell Kamp, a well-known L.A. solo artist who plays with Shooter Jennings’ band and is a frequent guest player with Calico, plays upright bass on the track “Leave.”

Some of the album’s most intimate songs – like “Rough Around the Edges” and “Ohio Boy” – are drawn from relationships that developed on the road. She says, “Traveling full-time does not lend itself well to romantic relationships; the few that I’ve had have been temporary, and usually they end badly. They make for good songwriting material, but I definitely look back and say, ‘All right, Alice, you should have seen that coming.’”

“Luck, Texas” was inspired by a trip Wallace and her band made to Texas in March 2015, when they booked several dates in the state around the South By Southwest music festival. One was at Poodie’s Roadhouse, a venue opened by Willie Nelson’s road manager, the late Poodie Locke, near the town of Luck, where Willie makes his home.

“It’s one of those places where you walk in and you say, ‘OK, we’re in Texas,’” Wallace says. “It’s a honky-tonk place with a bunch of regulars sitting at the bar. One of them proposed to me as soon as I walked in. The song is filled with snippets about our adventures on the road. I purposely tried it to make it a song that mimicked the style of Willie Nelson, because he’s certainly been a big influence on me over the years.”

“Poor Cleopatra” reflects on a trip to Jerome, Arizona, a former copper-mining hub carved out of Cleopatra Hill, south of Sedona. The town’s sulfur deposits sparked fires that burned for decades and ultimately turned Jerome into a ghost town; in its heyday, the city was also notorious for its many brothels, which catered to the miners. “I wrote the song from the perspective of a woman who could have been living in a brothel,” Wallace says. “In a way, it’s about the mine fire, but it’s more about her internal fire, what she wrestles with.”

The album’s lone non-original is a cover of “I Want to Be a Cowboy’s Sweetheart,” a 1935 hit by Patsy Montana, the first major female country and western solo singing star. Wallace – who took up yodeling after hearing Jewel essaying the old country singing style on her early records -- reached back to the style of such earlier yodeling recording artists as Montana, Jimmie Rodgers, and Slim Whitman for her interpretation of the tune. She says, “I’ve never done anything in the style of Patsy Montana, and I was trying to make it true to the original in a way.”

Summing up her achievements on Memories, Music & Pride, Wallace says, “We’re stretching ourselves musically, and I’m honing the craft of songwriting. I love the way this album came out, and I feel like it will add to where country music is going currently.”