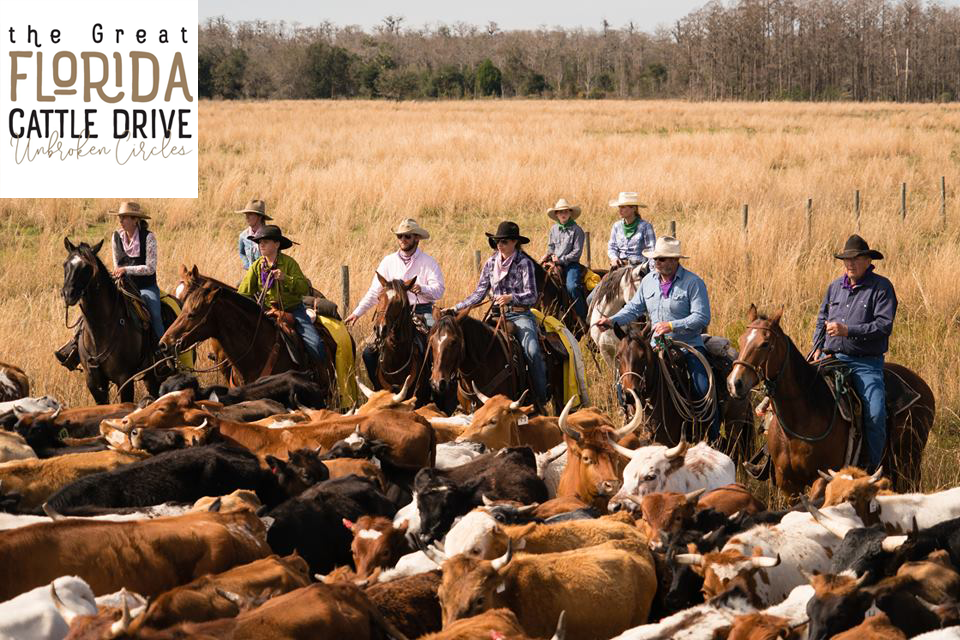 Tallahassee, Fla. - Documentarian and author team Elam and Nic Stoltzfus will be at the Hideaway Cafe in St Petersburg on July 22 for a film screening and music event. The event is at 1756 Central Ave, doors open at 6pm and showtime is at 8pm. The works tell the story of the Great Florida Cattle Drive 2016, the history of Florida’s heritage cattle breed, and how Florida’s cow culture is being preserved for future generations. The documentary was filmed and produced by Blountstown residents Elam Stoltzfus and his son, Nic in partnership with PBS. Nic Stolzfus authored the companion coffee table book.

“The story of the Cracker cattle and horses is one of the richest historical accounts,” said filmmaker and producer Elam Stoltzfus. “As we continue to work on the documentary and roll it out to the public, we really believe people will want to hear more about this, and we have a chance to educate people, entertain them, and bring some information to people here in Florida, and across the country.”

“One thing that excited me as a writer about the Great Florida Cattle Drive project is that it tells the story of this hidden history,” said screenwriter and co-producer Nic Stoltzfus. “It’s also one thing to read about a cattle drive from Kissimmee to Kenansville, but to actually go on the drive and interact with the people, and feel it, and smell it... that brought history to life for me.”

“WFSU Public Media was proud to partner with Live Oak Productions to bring this documentary to our audience throughout the Big Bend region.,” said David Mullins, General Manager of WFSU Public Media. “This project brings a unique story and also educates, informs and entertains in a special way. It has been great working with Elam and Nic providing counsel and working to ensure that the program will be seen across the state on Public Television.”