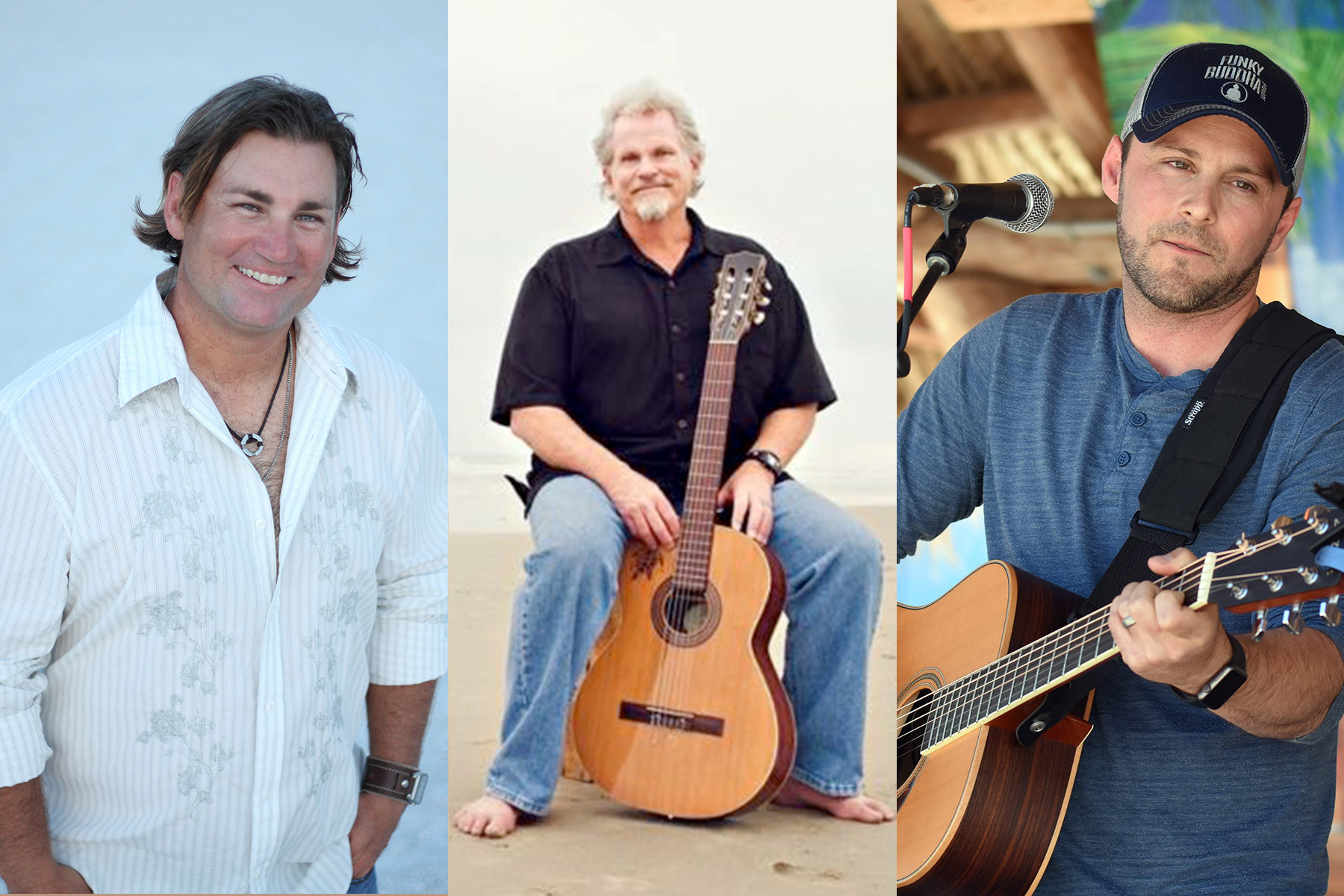 Get the stories behind the songs from three amazing songwriters. Learn about the inspiration for their delightful songs and the craft of honing those inspirations into compelling stories. These three are masters. If you love music and lyrics, you don't want to miss this show.

Brian Caudill
Brian says, "my musical history begins as a little boy in the bible belt of Kentucky. Sunday mornings meant getting up early and attending church on a regular basis. My parents were always encouraging me to sing the hymns along with the rest of the congregation. This type of early training helped tune my ears for melodies and harmonies at an early age.

Around my 7th Christmas, Santa brought me a red, white and blue acoustic guitar. The youth minister at church played guitar very well and occasionally would show me a few notes, which led to chords. The standard “Wild Wood Flower” and Lynard Skynard’s “Sweet Home Alabama” were the first memories I have of learning songs.

As I grew older I kept an interest in music. My 6th-grade teacher was also a drummer in a local reggae band. For my 11th birthday, he loaned me a set of real drums to learn on. I was sure I would be a drummer in a rock and roll band someday.

Over the next few years, I played drums in a couple of “garage” bands with other neighborhood kids. “Pavlov’s Cat” and “Plastic Cactus” were our first attempts at the local band scene. A lot of rehearsing and playing a few parties forged my abilities even further.

Upon moving to an apartment in Clearwater, Florida in 1989, I was forced to sell a drum set I had played for years. I decided to buy a cheap acoustic guitar. I answered an ad in the paper from a man who had 100 guitars for sale, $25.00 and up. I bought an acoustic and an electric guitar. Now I was a guitar player again. I learned some songs and began playing open mic shows around town. I soon met other musicians to jam with and we formed a band called “Barrelhouse.” Mostly a blues-oriented group, we also played anything that felt good. Originals, Classic Rock, and Alternative music were always on the table.

Soon after developing some worthwhile original material, I moved on to a solo career. Playing beach bars on the weekends had led to a discussion with a couple of guys from the local scene. Renowned local band “Betty’s Not a Vitamin”, invited me to join them as a rhythm guitarist. After two years of playing small clubs, a few large shows, such as opening for “The Blue Oyster Cult”, and a couple close deals at the big time, we eventually went our separate ways.

I continued playing local beach bars like “Frenchy’s Rockaway” where I met a local player Sal Belloise. He always allowed me to sit in with him and we became good friends. Those experiences with Sal taught me many invaluable lessons in music.

Over the last few years, I’ve performed solo as well as in duos with various drummers such as Brad Smith, Angelo Collura, and Marc Dupuy. I also have a band called “The Brian Caudill Band." Now I’ve played thousands of shows in the Tampa Bay area which has allowed me to constantly improve my abilities with writing, singing and playing better guitar."

Rob Mehl
Rob Mehl says, "I was born in Oceanside in the 1950's and spent much of my youth bouncing back and forth between Encinitas and Waikiki, where I learned to surf, appreciate the great storytelling of Hawaiian beach boys and play guitar and ukulele. These influences, along with the amazing jazz lp's that were always on our record player at home, have blended together to become the beach-flavored, folk ballads that I write and sing. I've been able to do what I love to do for a lot of years, but I still work hard to bring my audiences the friendly, feel good show I refer to as "splashin' the passion!"

Michael J. Weiss
About Michael: Michael's natural ability as a storyteller through song welcomes audiences into his music with a unique sound and a genuine personality. Through stellar songwriting, powerful vocals, and memorable hooks, Michael creates music that truly captivates listeners and keeps them hanging on every word. While his earlier catalog chronicles travel through thoughtful, quick-witted lyrics, Michael's previous studio album, "Grounded," delivers personal stories about putting down roots. The highly-anticipated follow-up "Bulbs of Daylight" is available everywhere now.