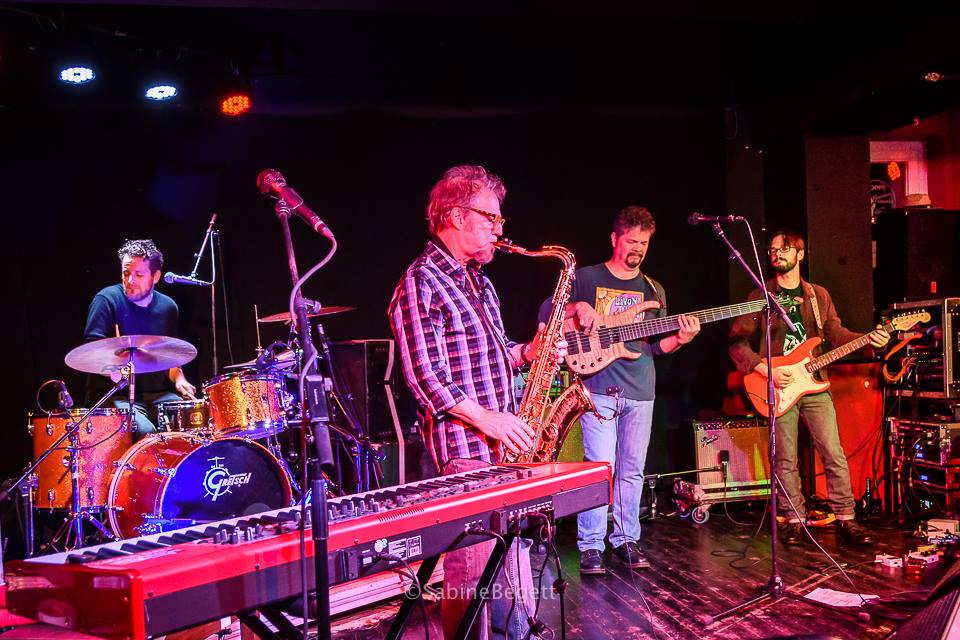 Don't miss the chance to catch the Randall Bramblett Band on this return visit to the Hideaway Cafe stage for a special Sunday show!

Randall Bramblett's distinguished body of work is defined by a triple threat career as an acclaimed solo artist, an in-demand songwriter and a first call sideman. Among the artists who’ve recorded and performed Bramblett’s songs are Bettye LaVette, Hot Tuna, Delbert McClinton and most notably, Bonnie Raitt, who opened her 2014 Grammy winner, Slipstream, with one of his songs. In the '70s he was a member of the seminal jazz/rock group Sea Level and as a sideman has toured with Gregg Allman, Widespread Panic and Levon Helm. Steve Winwood was such a fan of Bramblett’s keyboard, sax and vocal performances that he made Bramblett his go-to tour mate for 16 years, including the '94 Traffic reunion. He is currently the horn leader for Widespread Panic’s Megablaster Horns.

Bonnie Raitt proclaims “You can’t do better than Randall Bramblett.”

“One of the South’s most lyrical and literate songwriters.”  Rolling Stone

“See this guy? He’s only one of the most original and profoundly satisfying artists around today. His name is Randall Bramblett.” Mike Greenblatt, Goldmine Magazine

“Randall Bramblett is the William Faulkner of Southern Music.”  Hittin’ the Note Magazine