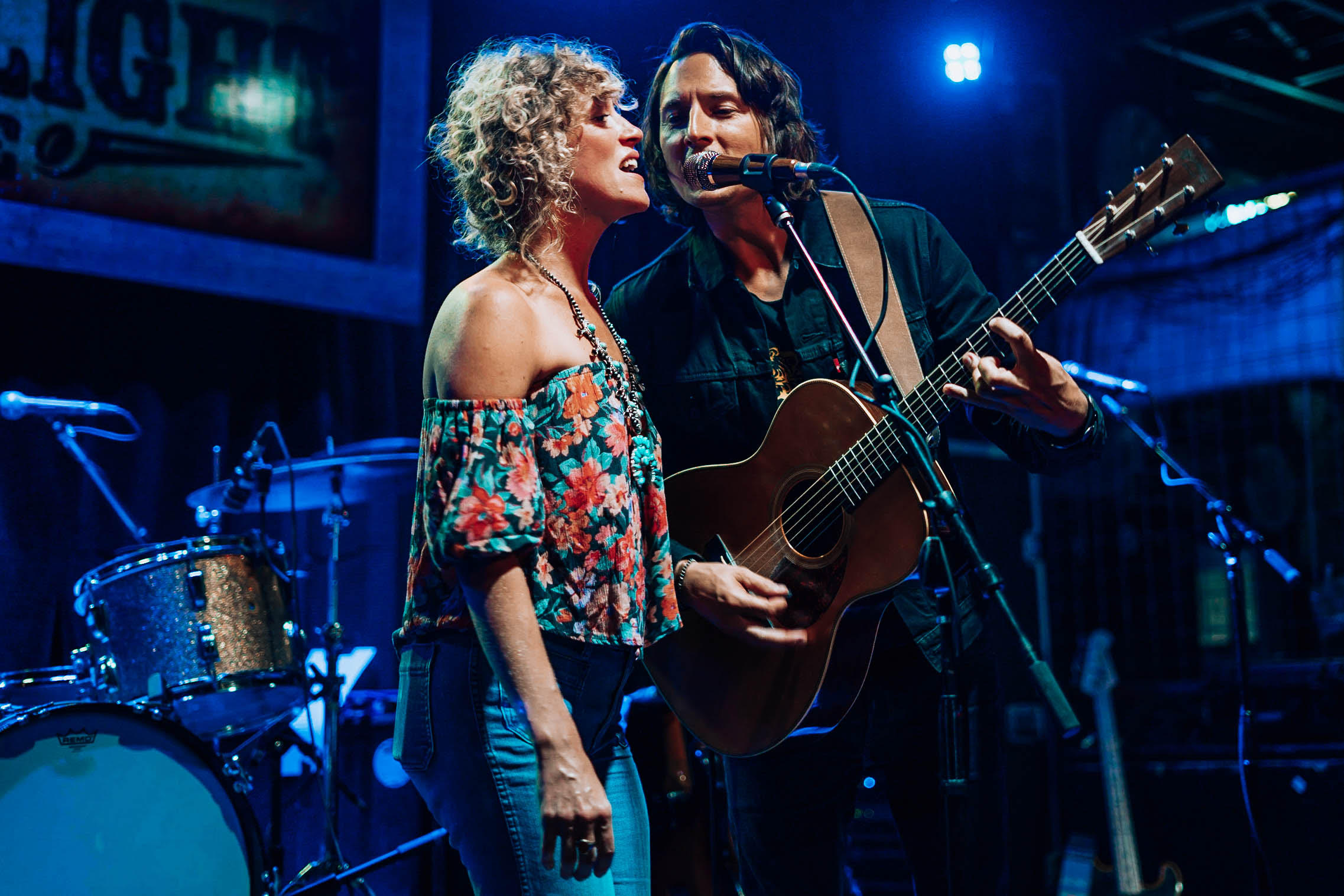 Szlachetka returns to Hideaway Cafe for his second visit and an evening of shared stories and songs with Sarah Aili.

Joshua Reilly will open the show.

The sophomore album from Rolling Stone “Artist to Watch,” SZLACHETKA (pronounced SLA-HET-KA) was released February 16, 2018. With its mix of modern Americana, 70s California rock, and singer/songwriter sentiments, Heart of My Hometown is a classic record for the contemporary world. Singer/songwriter Szlachetka co-wrote the 11 songs for his record while on the road—finding breaks during a busy two-year period that saw him playing roughly 400 shows. Traveling alone, he kept an eye on the world unrolling outside his car window. The sights, sounds, and stories he encountered along the way eventually found their way into his own music, resulting in a hook-filled, guitar-driven record about highways, homes, and the people who fill both.

Years before he teamed up with Grammy-winning producer David Bianco (Tom Petty, Bob Dylan, Bruce Springsteen, Lucinda Williams) for the Heart of My Hometown sessions, Szlachetka was the frontman of acclaimed LA-based roots-rock band the Northstar Session. With the band, he recorded five albums and appeared in NBC’s TV series Parenthood. He began his solo career in 2014 releasing Waits for a Storm to Find. Three years later, Heart of My Hometown shines new light on Szlachetka as a singer, prolific songwriter, storyteller, and fiery lead guitarist. It's an album whose touchstones include the charged roots-rock of Tom Petty and the warm, acoustic sounds of Jackson Browne. Szlachetka moves between both ends of that spectrum with ease, splitting his time between full-band anthems — including the riff-heavy "Until That Echo," co-written with Train's Scott Underwood — and more intimate, acoustic moments like "Wildflowers on the Highway," featuring an appearance by duet partner Katelyn Clampett. The album's title track rests somewhere in the middle, layering pop hooks and three-part harmonies into a nostalgic song about remembering one's roots. It's an album built for road trips, slow dances, wild Friday nights, and everything in between.

Rolling Stone hailed Szlachetka as one of the 10 New Artists You Need to Know, describing his forthcoming album as "a soundtrack for both the highway and the heartland...a collection of road-dog roots-rockers and Americana ballads inspired by the people (and places) he's left behind in the rearview mirror." Now based in Nashville, Szlachetka continues to tour nationally with a schedule that's seen him open for Brandy Clark, the Byrds' Chris Hillman, the Heartbreakers' Mike Campbell, Brandi Carlile and more.

Nashville Artist and Songwriter, Sarah Aili, has built a career upon her ability to multitask, bridging the gap between different disciplines — especially the worlds of music and theater — along the way. She's a creator of scripts, stories, and songs, often juggling multiple projects at once. She embraces the full spread of her influences with her newest EP, shining a light not only upon her mix of Americana, Jazz, and Classic Pop music, but also the ways in which her artistic interests intersect.

Aili's newest recording is the latest chapter in her ongoing artistic story. It's a story that continues to unfold with each new project, including an upcoming album with Radney Foster, an original musical written with Eric Erdman, a recent role in Nashville Repertory Theatre's production of Avenue Q, and an upcoming role in the World Premier of Ahrens & Flaherty new musical, KNOXVILLE, directed by Frank Galati at Asolo Rep. Theatre. For Aili, these projects represent different sides of the same artist — an artist who's happy to embrace all of her creative interests under the same umbrella.

Joshua Reilly is a singer songwriter from Springfield, IL. He is now living in Clearwater, FL. His music is best described as Americana/Folk/Country.